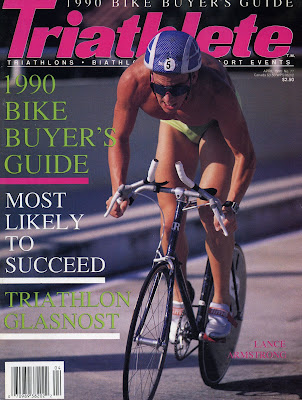 Seven-time Tour de France winner Lance Armstrong has made it clear that this will be his last year competing in the cycling event, and now that he’s no longer in the running for the yellow jersey he has started addressing the next step of his career. While Armstrong has acknowledged on several occasions that he will start competing in triathlons, he is only now discussing the details of his triathlon comeback.

In an article featured on Telegraph.co.uk, Armstrong says that he will start out at the half-Ironman distance:

“The first thing I have to do is to compete in a half Ironman to test myself,” said Armstrong.

“Because of my age and I would rather not compete in Olympic distance. Those triathletes who dispute this distance achieve speeds that I cannot get close to.

“What is clear is that if I want to be competitive, I have to focus on the longer distances as they often have tougher cycling sections and that would benefit me.”
Posted by Recovox at 5:55 PM