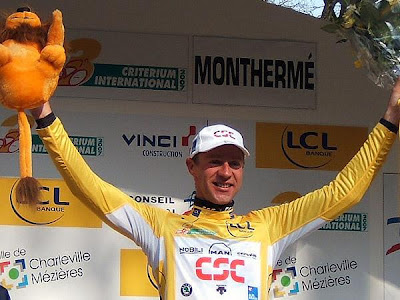 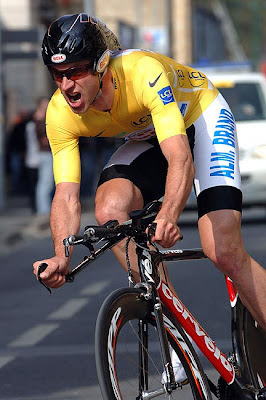 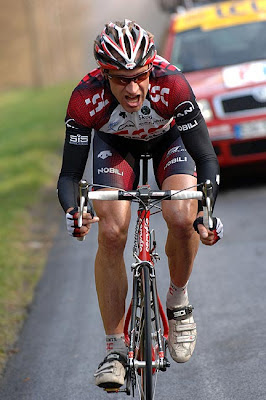 With a seventh place in the third and final stage Jens Voigt was celebrated as the overall winner of this year's edition of Criterium International ahead of Swedish rider Thomas Lövkvist (Francaise des Jeux.) Lövkvist won the 8.3-kilometer time trial ahead of Alejandro Valverde (Caisse d'Epargne.) This is the third time Voigt has won the French race – last time anyone did this was Sean Kelly in 1983, 1984 and 1987.

"This is a big deal for me, because growing up Kelly was a big hero of mine. Of course winning is always nice, but this particular race is special to me. It's short but still tough, it carries with it a lot of prestige and it never gets boring," said Voigt after his victory.

The German rider lead with a fairly comfortable margin of 48 seconds ahead of the final stage and no one ever really came close.

"I didn't relax at any point – I gave it everything I had in me, but of course I was more careful in the turns than I would've been if the margin hadn't been that big. And I have to admit that I was a tiny bit tired after being in a break for such a long time this morning," concluded Voigt, who will now be heading for Vuelta Ciclista al Pais Vasco.
Posted by Recovox at 1:56 PM