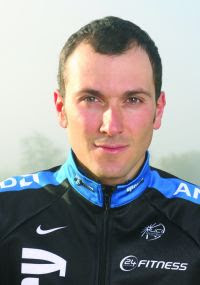 On Sunday April 29th Discovery Channel Pro Cycling Team member Ivan Basso requested a meeting with General Manager Bill Stapleton and Sports Director Johan Bruyneel. At the meeting Basso asked to be released from his contract, effective immediately, citing personal reasons related to the re-opened investigation by the Italian Olympic Committees (CONI). At the conclusion of the meeting Bruyneel and Stapleton granted the request and have taken the appropriate steps to formally release him from the Team.

“This was a very difficult decision, for me and my family, but I think it is the right thing to do. Johan, Bill and my teammates have always believed in me and shown me great respect. This decision is my way of showing them that same respect,” stated Basso. “The Team is trying to find a new sponsor and win bike races, and my situation is a distraction to both of those goals. It is important that everyone knows this was 100% my decision. Nobody asked me to leave. I am grateful to all of the staff and riders and wish them the best of luck.”

In October 2006, the Italian Cycling Federation (FCI) officially shelved the Basso case following a recommendation by CONI. However, early last week CONI re-opened the investigation which dates back to July 2006 when Basso was kept from competing at the Tour de France. Tailwind Sports subsequently asked Basso not to compete until more information was available. Basso is scheduled to appear before the CONI on Wednesday May 2nd.

“Ivan’s request was unexpected and he was very emotional, but adamant, about his decision to be released. We spoke with him at length before granting his request. Although he was only on our Team for a short time he was a great leader and a very well respected and selfless teammate. I, along with the entire Team, wish him the best,” commented Johan Bruyneel.

Team Discovery Channel is without a title sponsor at the end of 2007 and Tailwind Sports General Manager Bill Stapleton is optimistic about the Team’s future even without Basso.

“Ivan was a great addition to our Team and I am very sad to see him go. He was one of our leaders and we expected big things from him this season, however, this Team has 15 wins in 2007 and we have great depth and talent on our roster. We will continue to win and be competitive in all of our races, including the Tour De France,” commented General Manager Bill Stapleton. “When we signed Ivan, all the necessary governing authorities had cleared him. He deserved a Team and we had always wanted to sign him. We did our due diligence and we have no regrets.”
Posted by Recovox at 11:36 AM