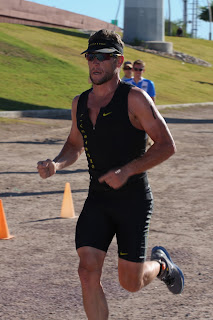 The seven-time Tour de France winner will tackle the testing Ironman France in Nice on June 24 in a bid to qualify for the iconic world title showdown in Kailua-Kona, Hawaii on October 13.

Armstrong, 40, will have to master a 2.4mile swim and run a sub-three hour marathon either side of the more familiar territory of a 112mile bike leg if he is to make a successful return to triathlon.

The Texan was a junior state-level swimmer, then moved on to triathlon aged 13, becoming a US sprint-course champion before turning to dominate the world of professional cycling.

Last year he took on the XTERRA (cross country triathlon) world championships, where a heavy mountain bike fall left him dazed and stumbling through the trail run to finish 23rd.

He is hoping to raise $1 million for cancer victims through his LiveStrong foundation and kicks off his racing season by competing in the Ironman 70.3 Panama — a half Iron distance event — on Sunday.

Adamant he has NEVER failed a drug test, Armstrong became the focus of attention after former team-mate Floyd Landis accused him in 2010 of participating in a doping program. Landis admitted to continual drug taking and was stripped of his own Tour de France title in 2006.

Current and three-time Ironman World Champion Craig Alexander said: "It is exciting to see Lance Armstrong, one of the greatest-ever endurance athletes, coming back to race triathlons in 2012."

Andrew Messick, Chief Exec of the World Triathlon Corporation who run Ironman said: "At 13 years old, Lance got his start in triathlon by racing in the IronKids Series.

"We are happy to have him return to our sport. Lance is a fierce competitor and his involvement with Ironman and Ironman 70.3 is good for triathlon."

After Sunday, Armstrong will race Memorial Hermann Ironman 70.3 Texas, Ironman 70.3 Florida, Ironman 70.3 Hawaii and Ironman France in an attempt to pick up enough qualifying points to race the Ironman World Championships in Hawaii.
Posted by Recovox at 4:27 PM