Who Is Mark Sisson? 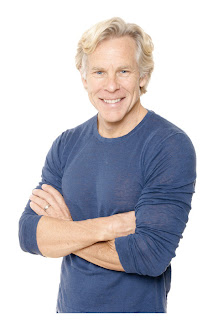 Mark Sisson is the author of a #1 bestselling health book on Amazon.com, The Primal Blueprint, as well as The Primal Blueprint Cookbook and the top-rated health and fitness blog MarksDailyApple.com. He is also the founder of Primal Nutrition, Inc., a company devoted to health education and designing state-of-the-art supplements that address the challenges of living in the modern world.


Read on for more about Mark's background from Mark himself.

I am the oldest of four children, born and raised in Maine. I was always interested in human health and athletic performance, probably because my father had been a top track and field athlete and inspired me to test myself at an early age (I even broke my leg at age two jumping off a rock for distance). By age 12, I was holding one-boy track meets in my backyard, running laps around the block and pole-vaulting with a bamboo pole into a dirt pit. My mother was always interested in achieving good health through nutrition, so I also began devouring books on health and nutrition.

I excelled at cross-country and distance track events in high school and at Williams College, where I was a pre-med candidate and received my degree in Biology.

In fact, the running was going so well after college that I decided to forgo medical school for a few years (it’s at 31 years now) and concentrate on a running career. I trained seriously as a marathoner for another five years, racking up well over 100 miles each week in training. The effort culminated in a top 5 finish in the 1980 US National Marathon Championships and a qualifying spot for the 1980 US Olympic Trials. Unfortunately, by then the inhuman amount of training and weekly racing was taking its toll and I found myself constantly sick or injured. (Note to self: too much exercise is not a good thing). In fact, in my last year of competition, as a world class, extremely “fit” athlete, I experienced eight upper respiratory infections! Clearly I was ruining my immune system and my joints doing too much exercise. That’s when I started exploring nutrition and supplementation as a way to enhance my performance and to support my damaged body and bolster my immune system.

The running injuries – osteoarthritis and tendonitis – precluded ever racing at a high level again, but that was just about the time that the new sport of Triathlon was starting to emerge, and I was immediately hooked. While I couldn’t run much anymore, I could certainly cycle and swim to my heart’s content…and I did. I spent a few more years racing triathlons, including finishing 4th place at the Hawaii Ironman, the biggest in the world at the time.

I finally retired from competition in 1988 and decided I would do whatever I could to help others avoid making the kinds of health mistakes that I had made. I figured I could use my pre-medical background, my degree in biology and an intense desire to unlock the health secrets that I knew were out there – answers to questions about health, wellness, anti-aging, safe weight-loss, nutrition and supplementation – to find the natural ways of achieving good health.

I wrote several books, including Maximum Results, The Fat Control System, The Anti-aging Report and The Lean Lifestyle Program (over 400,000 copies distributed). I edited the Optimum Health national health newsletter (circ. 90,000) from 1994 through 1996.

But most importantly, I saw the need for specific natural supplements to address the concerns of aging baby-boomers who needed nutritional “tools” to help them achieve better health. I was appalled at the amount of medications people were taking and the speed with which people were having surgery to address lifestyle problems. So I drew on my extensive research and science background to design natural state-of-the-art health-enhancing nutritional supplements and educational diet and exercise systems.

At the end of 2006, I decided to jump into the blogosphere to help foster compelling, critical and enjoyable health discussions. Founding MarksDailyApple.com is one of the best things I've ever done and has been incredibly rewarding.

Out of the blog came The Primal Blueprint (2009), The Primal Blueprint Cookbook (2010) and the inaugural PrimalCon (2010), a 3-day retreat bringing together members of the Primal community for a weekend of amazing food, great company, educational breakout sessions, and a little play, rest and relaxation.

My life has been one built around health and fitness and I don't plan for that to ever end. I've made it my personal goal to help 10 million people achieve their ultimate genetic potential. To this end my team and I have many exciting new ventures planned for 2010 and beyond. I hope you'll check back often to learn how my story, the story of The Primal Blueprint, and, most importantly, the stories of all the Primal Blueprinters out there, unfold.

Click on the title link to read more about the Primal Blueprint...
Posted by Recovox at 11:21 AM