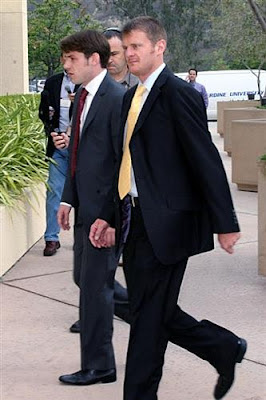 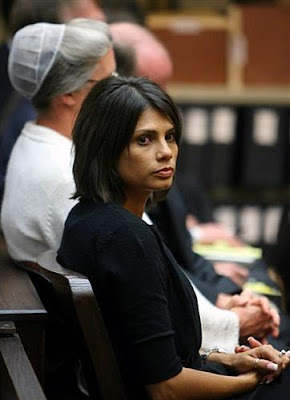 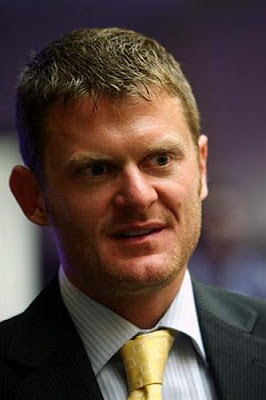 The arbitration hearing for embattled Tour de France winner Floyd Landis began on Monday in Malibu, California at Pepperdine University's school of law. Landis' attorney Maurice Suh began the hearing with an opening statement that continued the blasting of United States Anti-Doping Agency, World Anti-Doping Authority and the French LNDD (Laboratoire National de Dépistage du Dopage/National Anti-doping Laboratory) lab that the Landis side has done publicly for months, calling the handling of Landis' testing "an embarrassment" and that USADA had turned the case to prove Landis' guilt into "a holy mess".

The hearing will be decided by a three person panel made up of legal experts in the area of arbitration. Suh framed the entire case for the panel in terms of a question they should ask themselves at the conclusion of the ten day hearing. "Did Floyd, knowing he would be tested, take testosterone which he knew would not have a beneficial effect?"

He then stressed the obvious point that the outcome of this hearing, either way, will have a ripple effect throughout cycling, and likely all of sport. "Never in the history of the Tour de France has the winner been accused of doping. This is a historic case that has to be done right."

In response to Suh's opening statements, USADA's lawyer Richard Young said that "Landis bet the house" referring to the second round of tests ordered by Landis. "He lost the bet. The respondent [Landis] went eight for eight positive."

The USADA witnesses and legal council spent much of the day laying the groundwork for a defense against the appeal, preempting the expected case of procedural errors by the Landis team - much of which was first made public by them late in 2006 and revealed in more detail in the months since.

The majority of the testimony today was by USADA's expert witness, Dr. Tom Brenner, most of which centered around the procedural aspects of the case. There were numerous questions regarding things such as calibration, quality control and maintenance of the testing equipment and the actions of the people operating it at the LNDD lab, to which Dr. Brenner unilaterally declared that all equipment and personnel performed up to par. In his own words, the quality control of the LNDD lab was, "very impressive."

Dr. Brenner went on to describe the actual testing procedures in minute detail, but following a noticeably rehearsed plan with USADA's council, Richard Young. Though there were many lines of questions/answers that were expressed in extremely scientific terms, the USADA team made an effort to decipher the terminology for the panel. The testimony boiled down to affirmation that the process was performed correctly and that there was no possibility for error. However, the true test of the hearing, for both sides, might be the ability for either side to explain their interpretation of the data without confusing the panel.

The cross-examination of Dr. Brenner began with less than an hour in the proceedings, and consisted of essentially splitting hairs - with Dr. Brenner qualifying his responses to the Landis team in the realm of theory and hypothesis. After 40 minutes of cross-examination, the panel adjourned the hearing until tomorrow. Richard Young did provide a long list of witnesses for tomorrow's schedule, with many more experts to come.

Landis himself remained attentive throughout the testimony of the witnesses, occasionally looking back to the numerous family and friends, including his mother, sitting behind him in the gallery. A few lighter moments of the day produced an occasional smile and chuckle from Landis, such as the moments of juggling the variety of visual aid equipment, but otherwise everything was all business. Following the hearing, Landis left the building with no comment for the assembled press corps.

The rare open-to-the-public hearing was attended by some press and other members of the public, but not to the extreme numbers that were expected. About half of the gallery was occupied, with many of the seats filled by Landis' entourage. However, Landis is expected to take the witness stand in the next few days which should increase the size of the audience.
Posted by Recovox at 8:55 PM