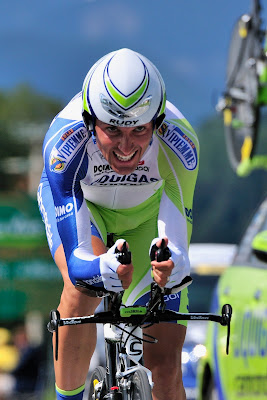 Cadel Evans (BMC), Andy Schleck (Leopard-Trek) and Frank Schleck are all down to ride the USA Pro Cycling Challenge according to announcement released by the race organisation on Tuesday. The news means that the top-three of the Tour de France will all be riding in Colorado.

Tom Danielson (Garmin-Cervelo) and Ivan Basso (Liquigas-Cannondale) have also been confirmed to ride, adding to one of the strongest fields to attend a US race.

"The confirmed participation of the sport’s premiere athletes is a monumental achievement for the event in its first year," said Sean Petty, Chief Operating Officer for USA Cycling. "It shows the interest and intrigue in what will prove to be an epic battle through the Colorado Rockies."

Shawn Hunter, co-chairman of the race organisation explained that the idea was always to set the bar high for the race’s debut later this month.

"Our goal is to assemble one of the best competitive fields an American professional stage race has ever seen," said Hunter. "This is a great moment of truth for the sport in America and for our race. To have secured such an incredible lineup of teams along with the greatest riders in the world is a credit to what the owners have committed to do in the event’s inaugural year."

The announcement sees Evans return to racing in the US after a four year exodus. Colorado will be Evans’s last race of the season, and the former world champion will be looking to cap off a stellar season in style.

"I've heard good things about the race in Colorado and I know it won't be easy. But I'm up for one more challenge," said Evans.

The USA Pro Cycling Challenge is set to begin on August 22 with a 8.2km prologue around Colorado Springs.
Posted by Recovox at 8:12 PM