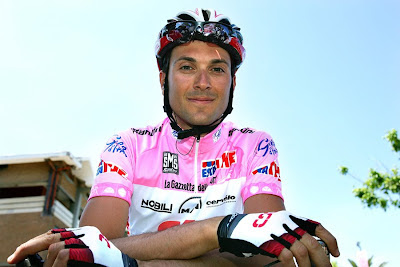 After serving out his two-year suspension, Ivan Basso will return to professional racing with Liquigas for the 2009 season. The Italian signed a two-year contract that will have the 30 year-old wearing green and blue next spring.

The President of Liquigas Sport, Paolo Dal Lago, said: "This was a challenging yet conscious decision... The sports judiciary system handled his case more severely than most and, despite the fact that he has been harshly punished, Ivan has still maintained a responsible and calm attitude, he has applied some healthy self-criticism and taken this seriously throughout. This has earned him the public's respect, as well as the respect of those who work in the industry."

In May of 2007, Basso resigned from the Discovery Channel team and admitted to attempted doping. Linked to the Operacion Puerto scandal, the man identified as "Birillo" said he had withdrawn blood he intended to re-inject at the 2006 Tour de France. He was suspended for 24 months by the Italian cycling federation (FCI) disciplinary commission for his involvement with Doctor Eufemiano Fuentes, and will be allowed to resume racing effective October 24, 2008.

Calling Basso "Italy's most talented cyclist", Dal Lago said: "We will help him to regain his form as we firmly believe that we can help him to achieve the standards of excellence of which he is capable. We love a good challenge and we know that Ivan and ourselves share the spirit: we are delighted to welcome him to our group."

Team manager Roberto Amadio said Basso's arrival will not change the team setup. "Liquigas already has a well-defined technical profile which is completely compatible with this recently announced addition. With Basso's input, we will aim for absolute leadership amongst the top teams on the professional circuit in 2009 and in 2010."
Posted by Recovox at 4:42 PM