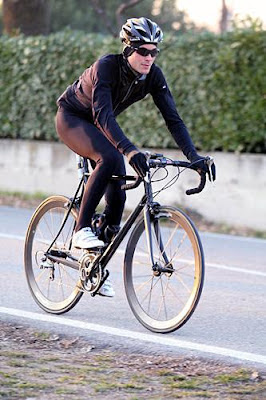 After the news this week of Ivan Basso signing for Liquigas, the Italian has been quick to announce his hopes and expectations for the 2009 season. In an interview with La Gazzetta dello Sport, Basso said that his main aim was "to quickly become the winning Basso again", and has his sights set on the 2009 Giro d'Italia.

"It's been so long since I've raced and all my rivals have progressed a lot," said the 2006 Giro winner. "After three months racing I will know if I can hope to win the Giro again. But in my heart I'm convinced of it."

Speaking about his return to the peloton, Basso acknowledged that his presence may not be warmly received by some in the sport, but insisted that his character had been changed by "the ordeal" he'd been through.

"Some will take it well, others less so and some not at all," he said. "It's justified. But there are so many riders who have been suspended and who have returned to ride normally. I have the right to as well.

"What is important is to have the right attitude. I'm putting the past behind me and starting from zero. My place after two years has changed. I'm no longer among the frontrunners. I have to show that I can come back."
Posted by Recovox at 12:04 AM