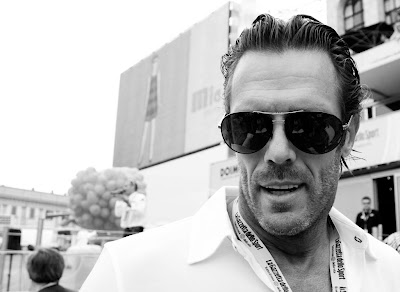 Mario Cipollini will celebrate his 43rd birthday on Monday, but for the flamboyant Italian sprinter, this time of year has always been about his obsession with Milan-San Remo.

When he was a boy he watched his brother Cesare descend the Turchino in the peloton from under his father's overcoat and promised him that he would one day win the sprint in the Via Roma. Cipollini went on to ride La Primavera 17 times during his long career, finally winning in 2002 on his 14th attempt.

He was there to see Mark Cavendish win last year and will be at the race again this year in his role as a consultant with the ISD-Neri team that uses Cipollini bikes.

Cipollini has never been afraid to give his opinion on any subject and analyzed the favourites for this year's race for Gazzetta dello Sport.

Asked to pick a winner, he said: "The first name that comes to mind is Boasson Hagen, but I think Petacchi could win too."

"Tom (Boonen) is on great form and I'm really happy to see that he's back. Perhaps we've got great champion back and most of all we've got the person back. If he had the same focus for San Remo as he has for the Tour of Flanders and Paris-Roubaix, he'd be unbeatable. But the Belgians see San Remo as an appetizer for their own races. The Belgian's don’t have tiger's eyes like they do on the pave."

"Daniele [Bennati] is also going really well and we'll see if he can pull it off. It's the first big opportunity of his career. He's got to ride to win. [Fabian] Cancellara isn’t at his best when he dominated the race but he could also win. If he gets over the Poggio, it’ll be a big problem for everyone else."

"Pippo [Pozzato] is excellent form and the fact that McEwen isn’t in the team is an advantage for him because he'll have more freedom. He won as a domestique, lets see what he can do as a leader."

Cipollini describes Oscar Freire as a danger and also refuses to totally write off Mark Cavendish.

"He's not totally out of it, perhaps he's been hiding," Cipollini suggested. "If he'd won two stages at Tirreno, all the responsibility for controlling the race would have been on his team's shoulders. Now things are different. If he gets over the Cipressa, he could be dangerous."

Weather forecasts are predicting it may rain during the race, although perhaps not at the finish in San Remo. Cipollini knows that rain on the greasy coastal roads and especially the twisting descent could hugely influence the race.

"Things would get complicated and the race would become a lot more selective. Boasson Hagen, Boonen and even Pozzato would have an advantage, while the opposite would be true for Petacchi, who could suffer," he said.

Whatever the conditions, Cipollini is hoping for a spectacular, aggressive race, ironically the opposite of what he hoped for when he was riding and tried to control his rivals and then win the sprint.

"It's be nice if there was a battle on the Manie climb," he said. "The Acqua & Sapone riders have to make a move and Liquigas too, with Pellizotti, Nibali and Kreuziger. Lampre could also try with Cunego. Then if it ends in a sprint, they've got Bennati and Petacchi."
Posted by Recovox at 11:44 AM