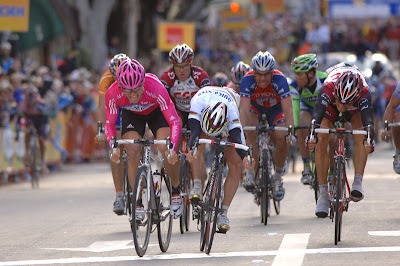 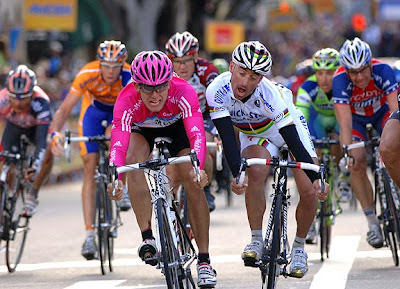 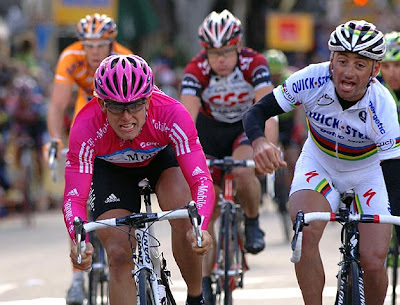 
Previewing Friday's Crucial TT
The top 10 are all within 20 seconds of the Levi Leipheimer's lead, and 23 riders are within 30 seconds. Realistically, only a few names probably have a chance at swiping Leipheimer's lead over the undulating 14.5 mile course - and #2 overall, Jens Voigt, springs instantly to mind. Voigt is a masterful TT rider over the lesser distances, and it would seem that this one falls firmly in his wheelhouse. Leipheimer was supremely confident post-race today, but this writer seems to be the only one that thinks Levi is going to have his work cut out for him to defend that tenuous lead. My pick is Voigt, but there are many, many possibilities right behind him. A few names that you haven't even heard mentioned yet could pull off a surprise - CSC seemed really confident in Julich before the start of the race, he's sitting only 24 ticks back...that might be too much though.
Posted by Recovox at 9:17 PM