The Final Push to the Tour de France 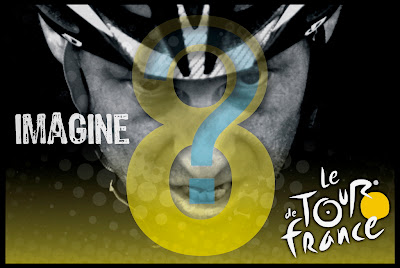 This note might meander a bit, since it's being written on my Blackberry from the passenger seat of a vehicle following Lance in Aspen. He's back in Colorado following the Tour of Italy for one more altitude exposure before the Tour de France. Well, that and the birth of his fourth child, Max.

The Tour of Italy was good for Lance, and it's had a tremendous impact on his power output. He's very strong on the climbs around Aspen – even considering the elevation – and he's getting his ability to accelerate explosively back again, too. Some of that has to do with the unique stress from racing, and some has to do with his weight, which is getting down close to his normal TdF level.

Ten months ago when this whole comeback started, his muscle weight was one of my biggest concerns. With his weight getting close to what it was in 2005, and with another two and half weeks for some final tune-up training and a few races, I think he's going to have a solid Tour de France.

The big question, of course, is: Will he win Number 8? He's definitely not a favorite, that distinction goes to riders like Alberto Contador, Carlos Sastre, Levi Leipheimer, Cadel Evans, and Denis Menchov. Lance will be good, and a great asset to his team, which will ride in support of its strongest athlete. But people often forget is how intelligent Lance is on the bike. He didn't win the Tour de France seven times just because Johan Bruyneel was talking to him from the team car (although that helped). I've been around racing almost all my life and it's rare that you see anyone who understands tactics and strategy as well as Lance does. He knows how to win better than anyone in the peloton, and if he's anywhere close to the lead it would be a mistake to count him out. 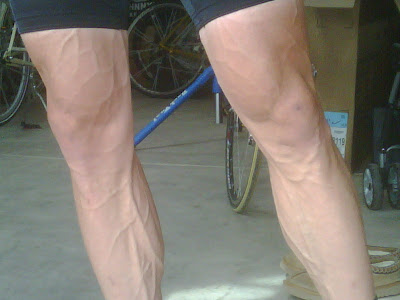 I rode with Lance, Levi Leipheimer, Chris Horner, and Simon Gerrans yesterday. Thankfully, it was a recovery ride for them in preparation for the lactate threshold testing we performed earlier today. Lance tested well and there were two big things I was looking for: that he was recovered from the Tour of Italy, and that his power at LT was higher than his test from April 19. The numbers indicated that he is indeed recovered sufficiently from the Tour of Italy – which opens the door to some more race-specific training sessions over the next two weeks – and that his power at LT has gone up a few percentage points.

Next step will be more climbing efforts that mimic race conditions, as well as some racing at the Nevada City Classic this weekend. Last Friday Lance and Levi cruised over to Carbondale, CO for a local 16-kilometer time trial. Mostly they were there to test out new time trial rigs (see photo), the same setup Alberto Contador used during the Dauphine Libere last week. Feedback on the bikes was good, and as you can see in the photo from the Glenwood Springs Post Independent, the new bike shows an even more minimal profile to the wind than the previous time trial bikes.

That's it for now, I'm headed out to the Nevada City Classic with Lance this weekend, so maybe I'll see some of you out there.
Posted by Recovox at 1:42 PM