What Happens to Your Body When… You Haven’t Properly Trained for Your Marathon? 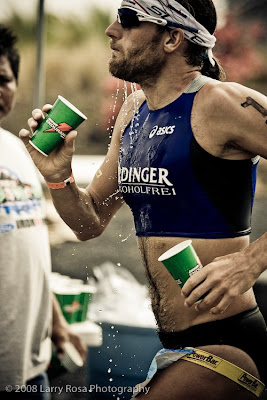 The marathon. An epic struggle of the individual against his/her own body. A kind of “Mt. Everest” for athletic practice, it exacts a sizable toll on anyone who dares attempt it. (The first marathon man died after all.)

The seasoned athlete knows and respects the physical claim of a marathon, and it is substantial even for the best trained. But marathons are becoming increasingly popular in the last few years. Once limited to the athletic elites and diehards, marathons are now the stuff of social events and charity drives. We’re all for the social element of sport, and we’re suckers for a good cause like anyone. But this recent popularity has changed the face (and emergency support requirements) of marathons. While we believe that everyone’s got to start somewhere, we definitely believe this ain’t the place.

So what is the deal with weekend warriors, otherwise fit people who haven’t trained specifically for a marathon, or at least haven’t trained enough, jumping head first into this taxing and demanding physical feat? Even Lance Armstrong after completing the New York City marathon in 2006 in just under three hours said, “that was without a doubt the hardest physical thing I have ever done.” And this is Lance Armstrong people. You know the guy. He’s the 7 time Tour de France winner and arguably one of the greatest athletes in recent history. If Lance thinks it’s tough, the weekend warrior will undoubtedly be sobbing like a baby at the finish line (assuming he or she makes it to the finish line and is hydrated enough to even produce tears). 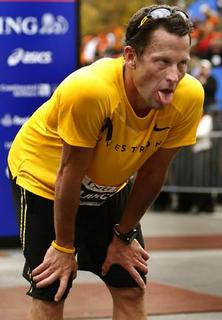 Our faithful people know we’re not lauding the merits of this kind of hyper-endurance exercise at all – for anyone. But we thought we’d consider the weekend warrior in this scenario. What are the physiological consequences of attempting to pull off an extraordinary physical feat without proper training? Hint: it’s not pretty.

The gun has gone off, and everyone is now moving. Our weekend warrior is in the hind portion of the herd, to be certain, but he’s finding some space as the crowd spreads ever so slightly. He looks to settle into a pace. He’s feeling good.

It’s the first several miles, and the sweat is pouring off of him. This part is normal, of course. His heart rate has risen – how much is in part determined by his pace and his fitness level. For a seasoned marathoner, this is an easy stretch. For weekend warrior, he’s perhaps feeling a little uncomfortable.

Over the course of the next several miles, his heart rate will likely not drop slightly as it does during the “comfort zone” for seasoned runners. The weekend warrior, without a long and consistent training schedule, may not have perfected his pace. Though he’s keeping up, the pace may increasingly feel strained, ungrounded. He visits the water points. He’s feeling thirsty, of course. He knows the dangers of dehydration at least from a bit of reading he did in the marathon packet he received. It’s possible he makes the rookie mistake of loading up on too much water and now is beginning to notice a bloated sensation which makes him feel a bit sluggish or even nauseated.

Our weekend warrior has passed the halfway point now as well as his store of glycogen. It’s possible (especially if he’s not especially fit) that he may have run out of glycogen fuel a while ago. This is a critical turn. The body must now burn fat to continue. Well-trained, seasoned long-distance runners tend to be more efficient fat burners than poorly-trained individuals like our weekend warrior. He’s likely feeling a little hazy and jangled. He’s beginning to feel the force of the progressive pounding on his joints. Fatigue is also beginning to set in for our good man. As a result, his stride has become less efficient, which only worsens the joint impact and jarred sensation. His muscles are feeling the pain as well. Lactic acid is building up quickly. As for any runner, his body is trying desperately to repair the incessant damage, resulting in inflammation and contributing to some excruciating muscle cramping that is now challenging his pace. His respiration is going downhill, and his muscles aren’t getting the oxygen they need. 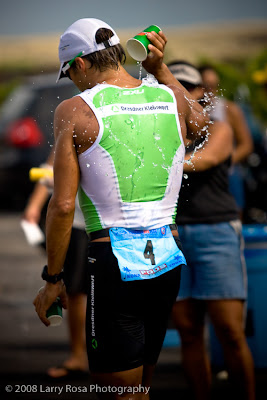 As he passes mile twenty, our warrior’s blood sugar is bottomed out, his breathing is increasingly strained, and he’s beginning to feel disoriented. After the bloated feeling he got from drinking too much earlier, our warrior passed up water too often and now finds himself dehydrated. (Solid, consistent training teaches you where that fine line is.) His body is going into protein catabolism. That carbohydrate drink isn’t enough now. In fact, it only helps induce a nasty bout of vomiting. He’s entering a mental as well as physical exhaustion, and his pace has entirely fallen apart. In fact, he’s not even running in a straight line but wavering from the exhaustion and disorientation. His heart rate is too high, his oxygen intake inadequate. His knees buckle, and he blacks out on the pavement. He’s hit the wall and then some. He’s lucky in that he’s treated for arrhythmia, dehydration, heat stroke and exhaustion but not for cardiac arrest or renal failure resulting from rhabdomyolysis.

Had our weekend warrior properly trained and logged many miles before the big race he would have learned a few important lessons about nipple/thigh chaffing, cramps, blisters, hydration, plantar fasciitis, ITBS, his pace, shoes, stomach and mental strength. Instead he had to learn them all at once and will be paying the piper for his hubris.

He won’t be moving around much for the next week, and he’ll be more sensitive to heat stroke in the future. And though he won’t have the ability to say he finished, he’ll have a dramatic story (and hopefully a lesson learned).

If you’re a fit guy or gal and are thinking about running a marathon for the sake of having completed a marathon, unless you are willing to stick to a proper training regimen (and even if you are) you might want to rethink the whole thing altogether.
Posted by Recovox at 8:53 PM