Astana to Train in NorCal This February 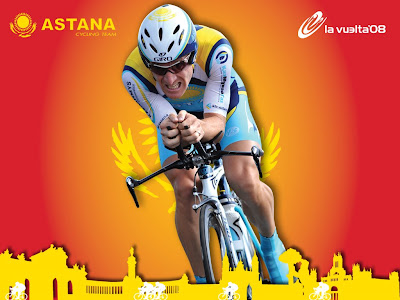 It looks like the Astana pro cycling team will be coming to NorCal for a February training camp before the 2009 Tour of California.

Some of the details still need to be worked out, but in an interview with BikeMonkey.net, Astana's Levi Leipheimer said his team...his entire team, including Lance Armstrong, Alberto Contador and Andreas Klöden...will all be riding in and around Santa Rosa, CA right before the start of the Tour of California on February 14th.

So, why have this camp in NorCal? Leipheimer, the two-time defending TofCA champ, lives...and rides...in Santa Rosa.

And the California weather is a whole lot warmer that what the Astana boys faced in Albuquerque this past January.
Posted by Recovox at 7:09 PM