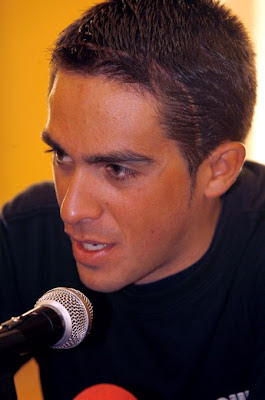 This high-profile team has chosen Albuquerque for their winter training camp to prepare for the 2008 cycling season because of the high altitude, mild weather and supportive local community that New Mexico has to offer.

During the winter camp, the public is invited to meet Johan Bruyneel, Alberto Contador, Levi Leipheimer, Chris Horner, Andreas Kloden and the 2008 Astana Team at their USA team launch on January 31, 2008. The team launch event will also promote health and wellness to the local community. The team will meet and greet the public with proceeds from the event donated to the American Diabetes Association (New Mexico Division) and the National Multiple Sclerosis Society (Rio Grande Division). The event will include a reception and team introduction showcasing a performance by the National Institute of Flamenco and internationally acclaimed Yjastros American Flamenco Repertory Company. Tickets for the January 31st event will go on sale to the public on January 2nd at all Ticketmaster locations and Ticketmaster.com. Tickets can also be purchased in person at the National Hispanic Cultural Center box office located at 1701 4th Street SW.

This event and winter training camp will bring national and international attention to Albuquerque as a premier center for professional cycling. Event organizers hope to promote health and wellness for all New Mexicans and showcase the destination as a tremendous asset to the cycling community.

“We are thrilled that Astana Cycling has chosen Albuquerque for their winter training camp. They will experience all that our destination has to offer from consistently mild weather, 6,000-11,000-foot elevation for training and a welcoming environment for cyclists,” said Charles Ovis, local training camp representative. “The attention that will surround these events will continue to highlight Albuquerque and New Mexico as a premier training location for cyclists.”

Special thanks to Bernalillo County and the State of New Mexico Economic Development Department for bringing Johan Bruyneel and the Astana Cycling Team to New Mexico for their 2008 Winter Training Camp. Watch for additional information on these events after the first of the year.
Posted by Recovox at 9:03 AM