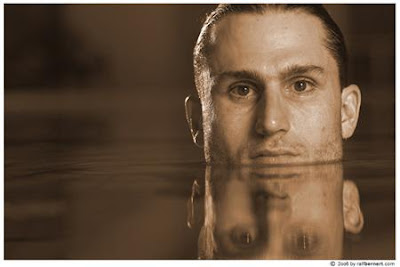 Inside Triathlon caught up with the dynamic 2005 Hawaii Ironman champion to gauge his mental and physical preparations leading up to the Big Dance this October. Al-Sultan finished third in the 2006 event.

Inside Triathlon : I've talked with Mark Allen, Dave Scott and Greg Welch and they all predicted a top 3 finish, maybe a win for you. I predict a win for you, too, baseed on your strengths and career. Yet unlike 2005 and even 2006 your best and lone major long distance result was a 6th at Frankfurt. What did that result mean in your quest for Hawaii?

Faris Al-Sultan : The preparation this year was different and it absolutely did not work for Ironman Germany. It just means that unless there are certain training sessions before an Ironman in my preparation, it doesn't work.

IT : Are you following in Dave Scott's footsteps - the only race that matters is Hawaii?

FS : Depends on how you personally feel about it and whether the media make it possible to give other races the attention they deserve. But, of course, Kona is the race of the races and my personal favorite as well.

IT: Looking at Frankfurt, you were totally in the hunt after the bike. Then a 2:59 marathon left you 6th where a sub 2:50 marathon - easily within reach of your capabilities - would have put you on the podium. Were you slightly injured, behind on fitness, or taking it a bit easy?

FS : As mentioned above my preparation wasn't working. I was not 100%. I was so afraid after Kona 2006 to train, especially run, too much that I would burnout so I did very little running, although I usually don't run that much. I was in good shape at, but couldn't recover from my preparation races of Kraichgau and Schliersee, in time for Frankfurt.

IT : Last year, you said your race choices were made as defending Hawaii champion - you did several for the good of the sport. What is the basis of your shorter schedule this year?

FS : Yes and I don't have to do the same races every year.

IT : In brief, how did you do at Sparkasse Kraichgau Fesitval Triathlon, the ITU European Cup, the 2 Deutsche Triathlionliga Schliersee, and the Alpen-Challenge Lenzerheide?

FS : I won Kraichgau and was second in Schliersee. I did the Alpen-Challenge spontaneously. One of my friends said that he was going to do it and I was still third after a hard three week training camp at altitude in St. Moritz.

IT : What did those results tell you about your fitness?

FS : That I'm still able to race, but the preparation has to be right.

IT : Are you stronger physically or mentally because you are a little more under the radar this year - not defending Hawaii champion?

FS : I don't know what exactly happens around Normann, but I still feel as though I am on the radar.

IT : Is you personal life any better because you are a little less in the spotlight?

FS : I still get enough attention, so I can't complain about too little responsibilities.

IT: After Ironman Hawaii last year, Chris McCormack recounted a moment when he advised Luke Bell to let you stay out front of the chase pack. The gist of what Macca said was - "Let Faris go..he's a stubborn man, always grinding away in the long gear. If you pass him, he will just pass you back. Save it for the run.' Was that good advice to Luke Bell?

FS : I don't know Luke Bell enough to know his capabilities. You always have to play the cards you get. Cam Brown wouldn't try to win an Ironman on the bike and Jan Sibbersen wouldn't try on the run.

IT : After the race, Normann Stadler said Macca was a cheater - a drafter. The current rules say 7+ meters is legal. Does McCormack ride fair or not?

IT : What do you think of the critical remarks made by McCormack and Stadler about one another after last year's race? Is that controversy good or bad for the sport?

FS : Of course it's good. It creates attention and emotion. Americans invented a whole sport, wrestling, that's just about show and insults.

IT : Do you feel sympathetic to Stadler for getting in temporary hot water for throwing down the victory lei at the finish line?

IT : Who in your mind is Hawaii's greatest champion?

FS : That question pops up from time to time and my answer is still the same. You can't compare. In the early days it was more like an adventure race. Then there was a very small group of very dedicated athletes, and now you have plenty of guys but also tons of inventions and gadgets that make it easier for you to finish. Just imagine everyone carrying his own food and water.

IT: Dave Scott and Mark Allen said you were a true triathlete who has an equally balanced attack of strong swim, bike and run. Has that always been your intention, or is that the way it just worked out for your talents?

FS: I'm just gifted the least probably for swimming but because I trained hard and started at age 15, I managed to balance it out.

IT : Besides the obvious odds on favorites of Normann, Macca and you, who poses strong threat in the men's race? What are the odds of Craig Alexander pulling a Luc Van Lierde debut?

FS: I can't tell. There are superathletes on short and middle distance that are simply unable to go for eight hours and others that have no problem at all. The only time I raced Alexander in 2004 at St. Croix, I wasn't impressed by his cycling, but he has great results. Not a bad base for Kona.
Posted by Recovox at 2:15 PM