CSC wants to move on from Basso 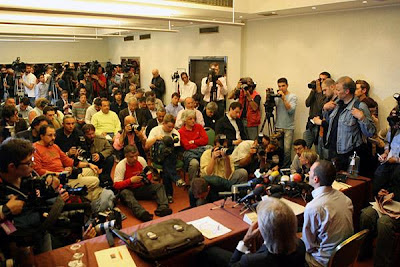 Team CSC boss Bjarne Riis has given his reaction to the Basso situation, saying that while he's disappointed in his former protege, it's best for both parties to put the matter behind them. "Both Ivan Basso and I have moved on," Riis told Danish news agency B.T.. "I felt let down and sad that I had to fire him. But in the course of a long life, I have also learnt that you are let down sometimes."

At the time of Basso's implication in the Operación Puerto affair, many asked how Riis could be unaware of the Italian's dealings with Dr Fuentes, given the well-publicised close relationship between the Team CSC leader and his boss. "If it happened, it happened," said Riis. "I didn't have a chance in the world to control Ivan more than we did back then."

Team CSC press officer Brian Nygaard admitted the news was hard for the team to accept. "First of all it's a good thing," Nygaard told ritzau, "but it is also a bitter pill to swallow that the team apparently has been fooled. But it is necessary to swallow that pill in order to be able to go on.

"One can say that there have been indications for a long while, and there has never been any good explanation of all the circumstantial evidence. It is very unfortunate, but one has to draw a line under it and make sure that it won't happen again. This we have done with the anti-doping programme we are working on."
Posted by Recovox at 6:53 PM